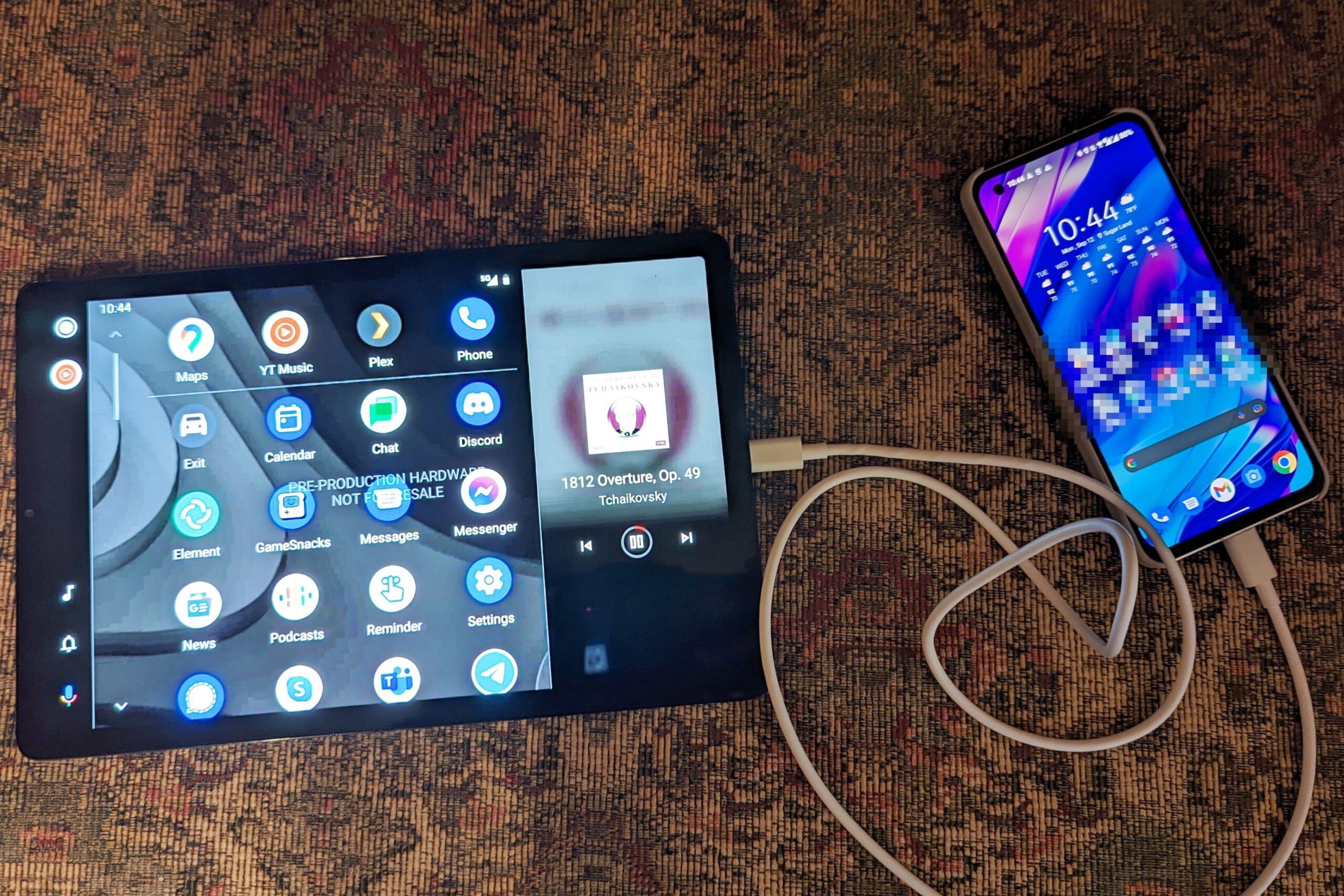 There are numerous ways to recommission old Android devices for new purposes, like turning your phone into a security camera, but these kinds of things usually only involve apps or other light changes to devices. But what if you could turn your old tablet or smartphone into a proper car head unit, with full support for Android Automotive and Android Auto? Mishaal Rahman set out to answer this question and has started the long process of turning an old Galaxy Tab S5e into an Android Automotive head unit.

As we can see in the Twitter thread linked below, the system is already partially functioning. Mishaal Rahman demonstrated that the unit is already capable of displaying the vanilla version of the Android Automotive home screen, and that it is possible to connect a phone in order to run Android Auto.

Judging from this first impression, things are generally looking good, but there are a few issues that still need to be ironed out. Rahman reports that location access is still wonky, and that Google Maps is prone to crashes. The profile setup also is still incomplete, and the weather widget doesn’t show any weather. You may have also noticed that a watermark on the home screen currently says “Pre-production hardware not for sale,” which is obviously not the case. Still, overall, the current trajectory of the project is promising.

As a refresher, Android Automotive is not to be confused with Android Auto. The former is Google’s operating system for cars, powering the infotainment system of brands like Volvo, while the latter is the piece of software that connects your phone with your car’s display.

This also isn’t just a fun one-off project. It looks like Mishaal Rahman plans to bring Android Automotive to more devices, reworking them to get a new purpose. A Twitter user asked him if he considered introducing a generic system image (GSI) for others to put on their devices, and Rahman responded with “Hopefully!” In another Twitter thread, he already made that his stated goal — he would like everyone to be able to turn their old devices into an Android Automotive head unit using GSI.

As a reminder, a GSI is, in essence, a single Android build that’s compatible with many different devices and often used for beta testing. In a best case scenario, anyone who isn’t afraid to get their hands dirty with basic flashing and ROMing could be able to turn their decommissioned tech into a car upgrade.

Another device the tinkerer is looking into is the discontinued Spotify Car Thing, which is a head unit that is intended to do nothing more than give you control over your Spotify content. With Android Automotive, it could turn into a much more powerful device, giving it a great second lease on life now that Spotify is no longer interested in it.

More details of the journey will be forthcoming soon, so stay tuned over at Mishaal Rahman’s Twitter account.