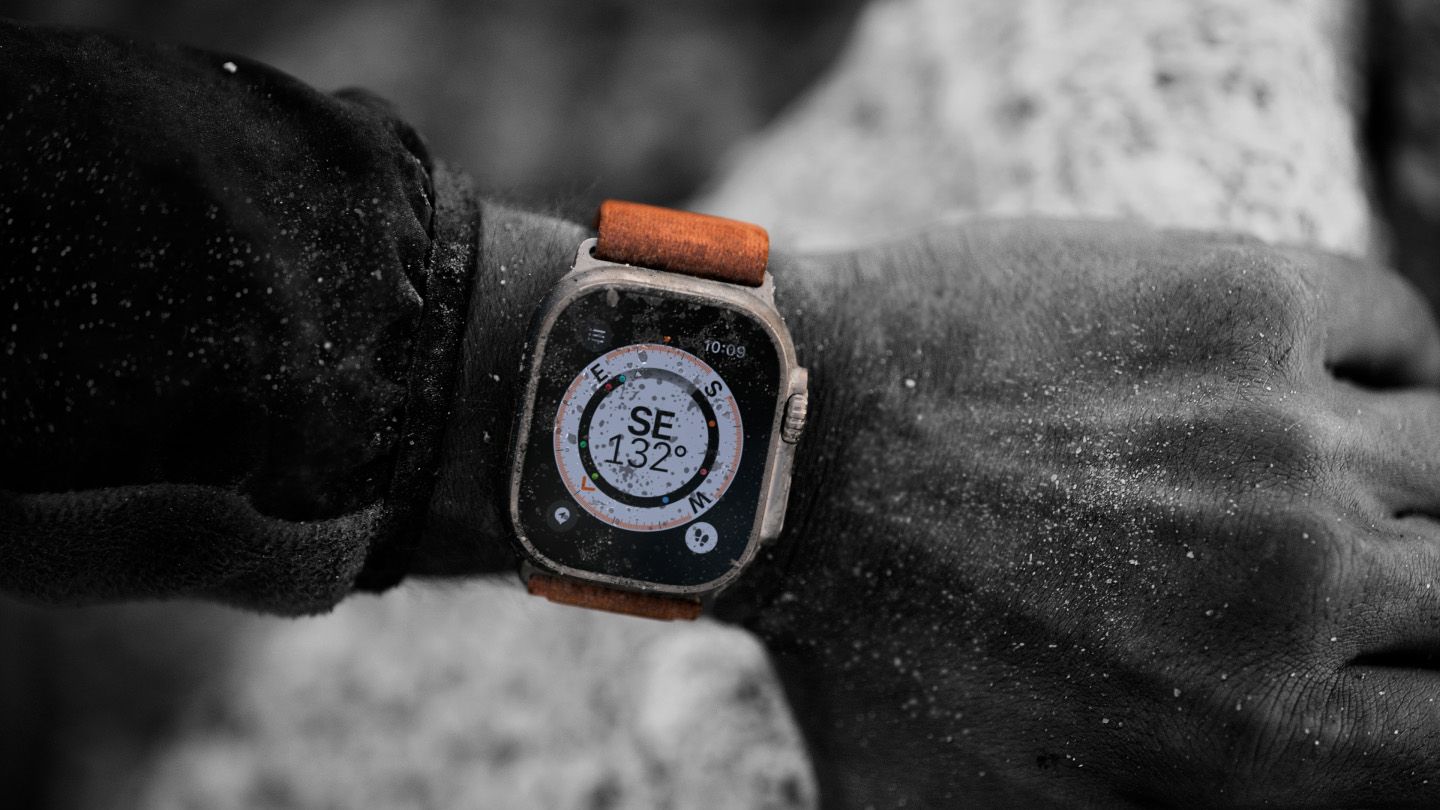 Apple’s event last week was packed with surprises, but perhaps one of the biggest shocks of the event was the Apple Watch Ultra. It was introduced alongside the Apple Watch Series 8 and a new model of the Apple Watch SE, and just as the “Ultra” name suggests, this one is Apple’s more expensive watch. It costs $799, the same as an iPhone 14, and yet, it’s unapologetically niche — and rugged as hell.

It also made us realize that a great Wear OS equivalent of this is exactly the kind of thing we want to see from Samsung. Maybe as a Galaxy Watch Active 3? Please?

The Apple Watch Ultra was announced in a “one more thing” fashion after the company talked about both the Watch Series 8 and the Watch SE. Previous to the announcement, some details leaked about an alleged “Apple Watch Pro,” including some possible dimensions and features. But it was not clear until the last moment that this would be the Apple Watch Ultra.

Apple is no stranger to selling premium smartwatches. If you recall, the very first Apple Watch was also released in a gold-plated version that could cost you up to $17,000. Despite the “Ultra” branding and the fact that this watch is more expensive than the base Series 8, though, this isn’t probably something you want to get if you want a more premium version of the Series 8. Instead, this one’s aimed at semi-professional and extreme sports athletes.

The Apple Watch Ultra has a massive 49mm titanium case, and its screen goes up to 2,000 nits for unparalleled direct sunlight viewing. More importantly, though, the watch is built like a tank. It’s IP6X dust resistant and comes with MIL-STD-810H certification, so it’s capable of taking a beating. And it also has EN13319 certification, which is a standard for diving accessories. You can dive with it 100 meters, making it a perfect companion for water sports.

The Apple Watch Ultra also comes with a handful of features unique to it compared to the rest of the lineup. For one, if you’re diving with it, you can use it as a dive computer and track stats such as the temperature of the water and receive warnings when you ascend too fast. It also provides reliable running tracking, and is supposed to have enough juice to last for a full ironman triathlon. Other features include a dual-frequency GPS (L1 and L5) and a customizable Action button which you can use to quickly start workouts and more. It also has great battery life, providing 36 hours on a single charge, and up to 60 hours on low power settings.

Basically, it’s a sports-focused smartwatch that’s tough and doesn’t stop at tracking your heartbeat, or telling you how many steps you’ve taken during the day, but actually seeks to be the perfect companion for every workout or dive you take.

Samsung’s range of smartwatches is great, and it’s gotten even better recently. But while Samsung watches have a lot of fitness-related features, they’re not really geared towards an athletic life, but rather, as companions for your phone (similar to what the regular Apple Watch and Watch SE set out to be).

Let’s take the Samsung Galaxy Watch 5 and the Watch 5 Pro, for example. Both watches have a range of sensors that can keep track of your heart rate, your blood oxygen, and other stats such as your skeletal muscle and body fat percentage. And they’re great for tracking walks, runs, and the occasional workout. They’re almost identical in that regard to their predecessors, the Galaxy Watch 4 and the Galaxy Watch 4 Classic. I’ve found that my Galaxy Watch 4 can be occasionally finicky with gym workouts, but it’s almost always really accurate as far as walks and runs go.

It may have a certain focus on fitness, but the Galaxy Watch range is what one would get if one wants to keep up with a healthy lifestyle — keeping track of your calories, keeping up with daily walk goals, hitting the gym, and other things like that. It’s not a sports smartwatch. It’s not rugged, and its usefulness starts fading away once you get into harder sports that are not just jogging. The Galaxy Watch 5 and Watch 5 Pro are water resistant up to 50 meters, falling short of the 100 meters the Apple Watch Ultra allows for, while also not giving you any features for diving.

What we would love to see from Samsung

The Galaxy Watch 5 comes with a lot of useful sensors for sleep tracking and fitness tracking, as we mentioned. In this generation, Samsung even added features such as a skin temperature sensor. However, we would love it if Samsung would go a step further and offer an ultra-premium smartwatch that’s a companion for athletes rather than regular folks.

We wouldn’t mind if Samsung’s future Watch Pro entries had some of this DNA. The company even has a different smartwatch range it can piggyback on for this: the Galaxy Watch Active series. Samsung released the Galaxy Watch Active 2 in 2019, but the range hasn’t seen a new product since then. In the days of old, the Active range was associated with rugged smartphones like the Galaxy S8 Active, and while Samsung now uses the Xcover branding for its rugged phones, Active smartwatches also used to have a strong fitness focus.

Marrying that concept, then, with Active’s previous rugged identity, while making the resulting device an Apple Watch Ultra competitor, would be an almost poetic move. With the right collaborations, the company can add dive computing capabilities to the watch. It could also make it better for longer/more intense sessions, and add other features to one-up Apple in its own game. Of course, we’re just speculating here, but it’s something we would love to see.

This would depend on how well, or badly, the Apple Watch Ultra performs once it’s on store shelves. After all, it’s a very niche product for some specific types of users, and being Apple’s most expensive smartwatch at the moment, this release can be seen by some as a total gamble by the Cupertino-based giant. But if it actually sells well, and it becomes a must-have for athletes, then a Wear OS alternative, or at least a competitor, is sure to arrive.

Samsung makes some of the best Wear OS smartwatches on the market right now, and those products have lots of great fitness features. But we would love to see the company go all-in here and give us the definitive all-terrain Wear OS watch we need.