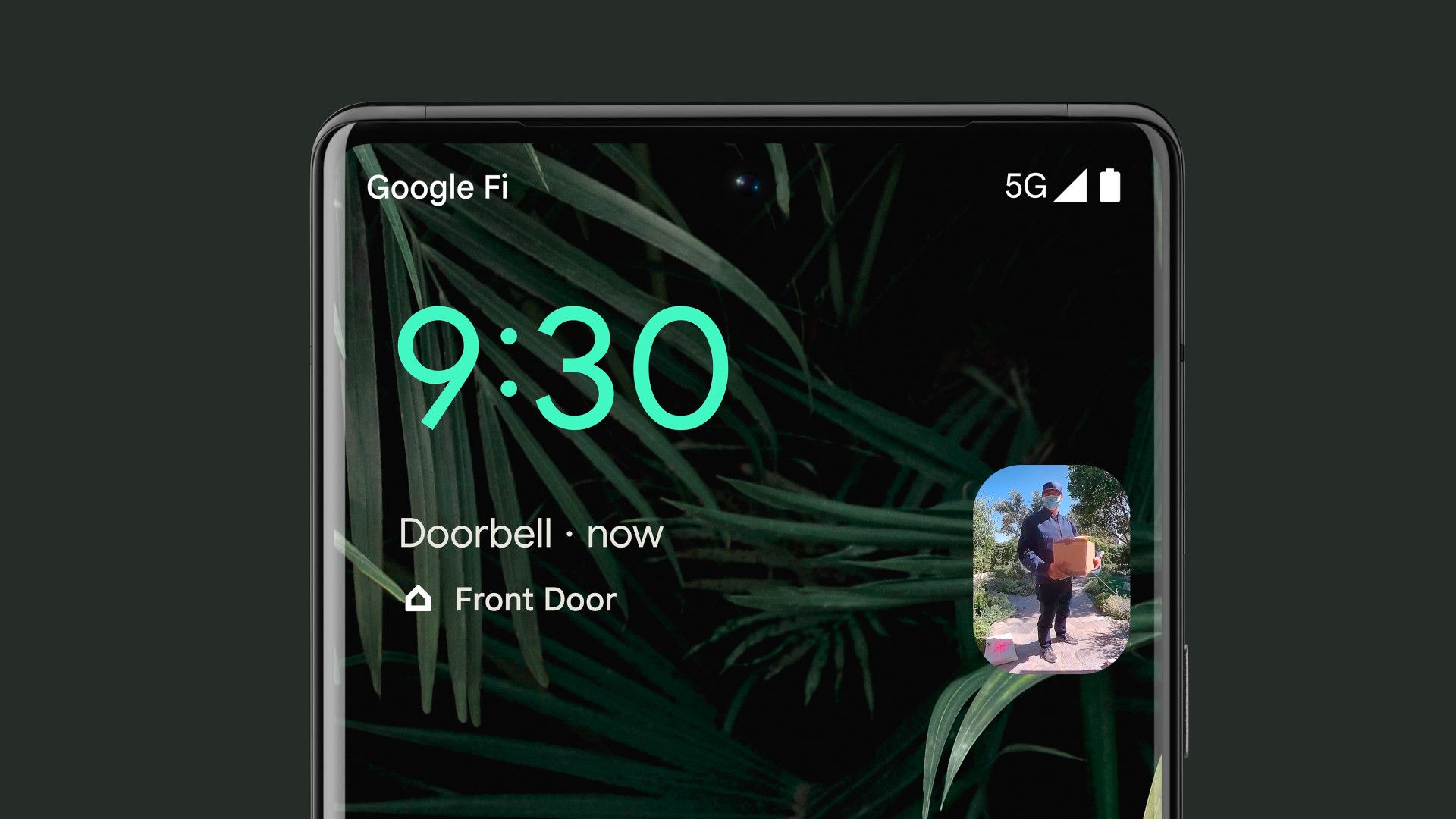 Google announced its latest feature drop for Pixel phones back at the start of June, and it’s packed with new stuff — including a Nest Doorbell feed for your At a Glance widget. That ability had first been spotted back in January in limited testing, and after going official earlier this month, it’s now starting to roll out.

Doorbell previews are now coming to Pixel devices running Android 12 and Android 13 Beta, as reported by 9to5Google. If you have the Google Home or Nest apps, whenever someone rings your Nest Doorbell, your lock screen and/or home screen will display a small view of the doorbell’s camera viewfinder, showing you who’s at your doorstep. A tap on that miniature will pull up the full feed, opening up the Google Home/Nest app.

Having a mini view of what your doorbell sees that lives right on your home screen can come in handy in a lot of scenarios, as it lets you have a quick glance at who’s lurking around outside without needing to open the full app. It saves some taps, and more importantly, time. And if you really need to look closer, opening the full app is also a breeze from there.

The feature should be arriving for Pixel phones widely now, but if you don’t see it yet, make sure your Google app is fully updated, as well as your Home/Nest app.