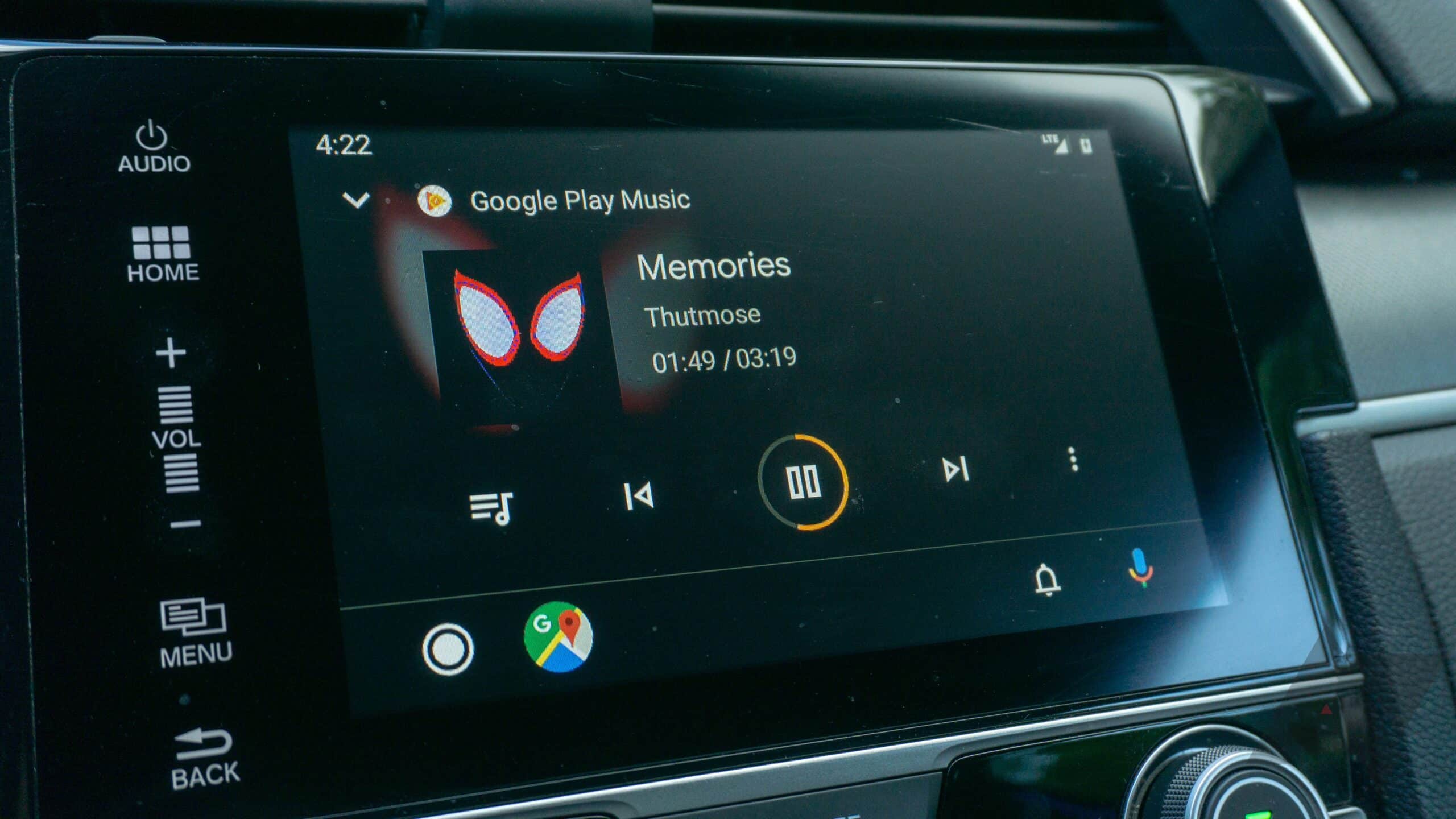 We rely on our smartphones for more than sending texts and placing calls. It’s hard to go anywhere without a device in your pocket. From mobile payments to capturing photos, your phone is the centerpiece of your life, a device so vital that you probably feel naked without it.

Your car is one place where you absolutely should not use your phone—with no exceptions. It’s a space where, despite the safety concerns, a smartphone would come in handy. Messaging your friends and family about a traffic delay, viewing weather conditions during a road trip, and navigating to unknown locations hours away from your usual neighborhood. None of this should be attempted while driving without a way to control your device hands-free.

To combat potentially unsafe driving, Google built several ways to interact with your digital life without relying on potentially unsafe methods for texting, calling, and more. Android Auto, Android Automotive, and Google Automotive Services. All three have similar-sounding names and aim to accomplish a similar goal: Providing you with your smartphone’s essential tools without taking your eyes off the road.

Still, no matter Google’s intentions, these competing services can get confusing. Let’s break down what Android Auto, Automotive, and Google Automotive Services are, what they do, and how you’ll experience them.

What is Android Auto?

If you’ve used Android in your car, chances are it’s been Android Auto. Google first unveiled Auto at I/O 2014. Android Auto presented a massive change in how people interacted with the devices in the car. No longer would drivers have to pull over to respond to a text message or place a phone call. You could do everything directly in the car, all with voice commands and minimal touch interaction. Just plug your phone into your vehicle’s USB port—or use it wirelessly through supported cars or accessories—and you’re good to go.

Despite its 2014 unveiling, it took until 2015 for the feature to arrive for Android users, first heading out on the road in the Hyundai Sonata. It was an improvement over the sluggish, buggy experiences included in most vehicles at the time, and even now—nearly a decade later—it holds true.

The current Android Auto UI looks different. The service received a makeover in 2019, but things were a little simpler back then. A few tabs along the bottom of the screen allowed you to switch between navigation, media, and, Assistant voice commands. The Material Design look was modern for the time, although it’s a far cry from what’s currently on Google devices. Some of the biggest issues with Auto at the time, such as charging and a lack of third-party apps, have been solved over time as it grew into a modern platform.

These days, Auto looks a little more sleek and modern. It has a homescreen where it’s easy to select from a multitude of third-party apps, and its media player continues to evolve in new ways. A dedicated notification tab makes reviewing messages or missed calls easy as they roll in. Eventually, it will feature a split-screen dashboard view, showing your important information on one screen, though Google missed its release window.

Not everything has changed. Auto remains walled off from the rest of your car’s infotainment system. You’ll always need to tap the Auto icon to launch it once your phone is plugged in, and it’ll never fully sync with your car’s other gauges and displays. Meanwhile, for a seven-year-old product, it remains awfully finicky. USB cables continue to cause havoc with drivers everywhere, and a ton of bugs throughout 2022 have prevented phones as popular as the Galaxy S22 series from properly syncing with the car.

Someday, this’ll be a reality.

Headaches aside, Android Auto remains a robust platform while out on the road, as handy as you’ll find on Android. While some may prefer a phone mount when driving, relying on the large displays now in most modern vehicles keeps your view unobstructed while offering your favorite music, podcast, messaging, and navigation apps is a dream come true.

What is Android Automotive?

If Android Auto is a projection of your smartphone, Automotive does away with your device. Instead, it’s best to think of it as a variant of Android, much like Android TV is an adaptation of Google’s mobile OS for televisions. Automotive is a full-blown operating system built into supported vehicles, which means not only is your smartphone not required, it’s not involved at all.

Although Google’s dedicated OS for cars has been around since 2017, it’s only started to appear in mainstream consumer vehicles over the last year or two. Previously, support was limited to cars from manufacturers like Polestar, along with development partners Volvo and Audi. Far from what you’d expect to see from a company as large as Google. While the search giant had announced plenty of partners, it’s only throughout the last year or two that companies like GM have launched vehicles powered by it.

So what exactly is Android Automotive compared to Android Auto? Besides dropping the need for your smartphone, it also controls all of your vehicle’s in-cabin functions. Rather than existing as an application on your car’s infotainment system, it is your car’s infotainment system. It still offers all the pieces you’d want from your phone, such as music, navigation, and Assistant, but without being tethered to your phone. Want to listen to Spotify on your drive home? There’s a dedicated app for that, but it won’t be using what’s installed on the device in your pocket.

It’s not only music, messaging, and maps. Android Automotive is also responsible for every interaction with your car’s in-dash display. Climate controls, vehicle information, backup cams. It’s all powered by Android. Even iOS users will need to launch CarPlay through Automotive, a humorous convergence of the two platforms.

Unlike Auto, which offers a distinct, unique look no matter which car you’re viewing it on, Automotive’s appearance relies on your car’s manufacturer. GM is a perfect example, as Chevy and GMC have skinned their versions of Automotive differently, despite their shared parent company. Although the differences are small—a custom icon pack is the biggest change between the two—it shows how little control the driver has over the appearance of Automotive compared to the manufacturer.

With Android Auto, Google speaks directly to end-users. With Automotive, the automaker is the customer. And that brings us back to the final piece of this car-friendly puzzle.

What is Google Automotive Services?

If Android Automotive is a fork of Android designed for your car, Google Automotive Services (GAS) is the app package for it. GAS is all of your favorite Google system applications rolled into one package. As an end-user, you’ll never interact with it directly. Instead, you’ll see the benefits from this system, specifically if you purchase a car from one of Google’s partners. Ford, GM, and Volvo have agreed to use GAS. Stellantis, meanwhile, has partnered with Amazon.

These application packs are nothing new to Android. Google has relied on them in the past to ensure that phone manufacturers follow specific instructions. Usually, the company has relied on Play Store availability to pressure companies like Samsung into adhering to sets of rules or regulations on how Android works. It’s different with GAS, though, as Google is selling these services to carmakers as an optional buy-in.

As we’ve seen with Stellantis, it’s not a requirement. Considering how many drivers, especially in the U.S., are relying on iOS and CarPlay to get from place to place, it makes sense that some automakers (especially smaller companies) might pass on adopting these services. Still, if you’re an Android fan, you’ll want to look for these apps when shopping for a vehicle running Automotive.

Android gets you where you need to be

As confusing as it may be on paper, Google is serving two distinct audiences with Auto, Automotive, and GAS. While general users are likely to interact with Auto the most, Automotive is slowly growing on newer cars as manufacturers turn their attention toward the OS. And a full-blown car-friendly operating system is nothing without applications, which is where Google Automotive Services comes into play.

At the end of the day, whether you’re interacting with Android in the car through a tethered connection or through a pre-installed OS, it’s Google’s platform that’s helping to get you where you need to be. It just goes to show how much power the company has gained in the automotive world.