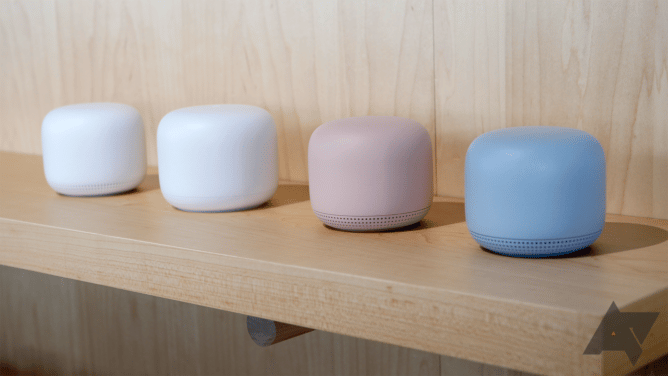 It’s been clear for a while that Google is working on a refreshed version of its Wifi mesh router system. A new leak now gives us the clearest idea of what we can expect yet, as a B&H listing reveals that Google’s upcoming networking product will almost certainly be called “Nest Wifi Pro” and supposedly go for $200 a piece.

On the listing spotted by 9to5Google, B&H advertises a new “Google Nest Wifi Pro 6E Router,” making it likely that the official name will be Nest Wifi Pro or Nest Wifi Pro 6E. The listing is still online at the time of writing, but it doesn’t reveal too much more about the upcoming device other than the price. A single router will cost $200, while a two-pack will go for $300 and a three-pack for $400. That’s a price hike compared to the last products Google released in this category, the Google Wifi at $99 and the Nest Wifi at $170.

While the listing doesn’t have images attached, the different versions on offer reveal that the Nest Wifi Pro will come in a few colors. As Kristofor Lawson notes on Twitter, we’re looking at “Snow,” “Linen,” “Fog,” and “Lemongrass.” B&H is also gearing up to sell a multicolor version, which will probably allow you to mix and match colors as they fit the rooms in your home.

We don’t get to learn much more about the new Wifi device from B&H, but previous rumors and leaks have already given us a good idea of what we can expect. As the name already suggests, the Wifi Pro is supposed to come with Wi-Fi 6E support, which is a first for the Wifi lineup. So far, Google has only supported Wi-Fi 5, which was one of the biggest downsides compared to competitors.

The Nest Wifi Pro is also supposed to come with identical hardware across the satellite nodes and the base, just like the Google Wifi before it. In contrast to these two, the regular Nest Wifi offered distinct hardware on its nodes compared to the base.

While Google is busy gearing up to launch the Wi-Fi 6E-equipped Nest Wifi Pro, other companies are already hard at work adding support for Wi-Fi 7. The new standard is yet to be finalized, but it promises wider channels, faster transmission speeds, and better stability in crowded environments like apartment buildings. Thankfully, Wi-Fi 6E already offers some of these benefits, and is especially well-suited for mesh networks.

The Nest Wifi Pro might launch alongside the Pixel 7 and 7 Pro on October 6, 2022, when the company is also expected to make the Pixel Watch and the potentially a new HD-only Chromecast officially available. With B&H already offering a listing, an imminent release really seems to be in the cards.